The Good, The Bad and The Ugly in Vegas Real Estate Stats

Nationally, Zillow says the median home price was $192,500 in November, up just 6.5 percent from a year earlier.

Of course, we fell further so it was easier to climb upwards. But still. We’ll take it.

Even more good news, the Greater Las Vegas Association of Realtors reported in December the median home price in Las Vegas was $235,000. 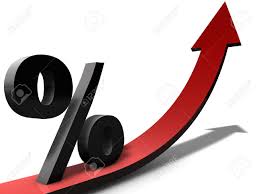 That’s good news in a way, because during our real estate Apocalypse (my term) 71 percent of Vegas owners had a mortgage worth way more than the price of the home. Zillow says 22.1 percent were under water here in 2015.

Still, we ranked No. 2 in upside-down borrowers nation-wide. (Zillow tracks 35 markets.) Only Chicago’s 17 percent beat us out–and not by much.

Las Vegas home prices are going in the right direction. I like it!

If you have ANY questions about real estate, including what’s your home REALLY worth, call/text/email: